Saturday marked the kick-off of the spring semester for Campus Edge and what a kick-off it was!  The afternoon started with a pretty epic photo-scavenger hunt on campus.  Three teams ran around on an unseasonably warm day taking pictures of people and places on Michigan State’s campus that we had never seen before.  We interrupted an engagement photo session at the Sparty statue, we came face-to-face with some very large cows and we made new friends in the Dairy Store.  When the game had ended and the winners were announced (go team #1!) the group headed out for a progressive dinner hosted by generous Campus Edge supporters.  The food was delicious and even though we were all full after the second course we finished off a good portion of dessert before playing games and watching football at the ministry house.  The day reminded me of why I am so thankful for Campus Edge and the amazing people that are a part of that group.  My sides are still hurting, not only from the copious amounts of food I consumed but also from the constant laughter of fellowship with good friends.
~Erin Slenk 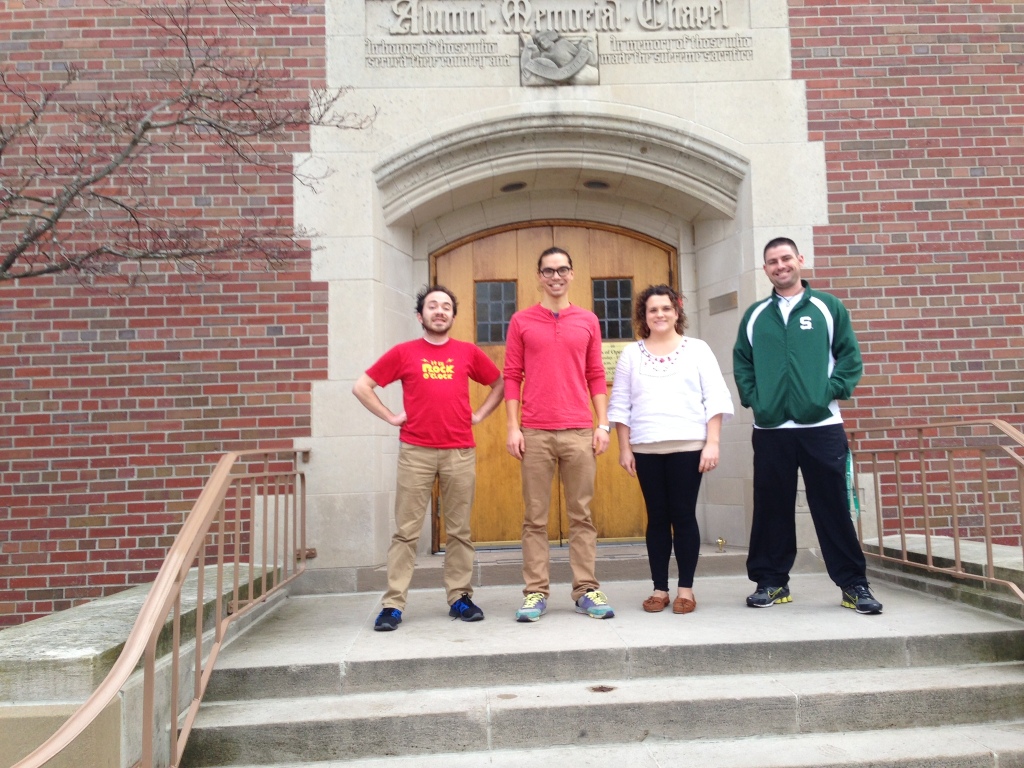